Video poker is best done with a fullpay machine. If you’re going to run strategy, you might as well be fully rewarded for your efforts.

You always want to look up all of the ways to play an initial hand on a big list. You’ll find these lists very easily in Google — just type in “jacks or better initial hands” to get a full list of possibilities. See, there’s not even any math involved, everyone is safe. 🙂 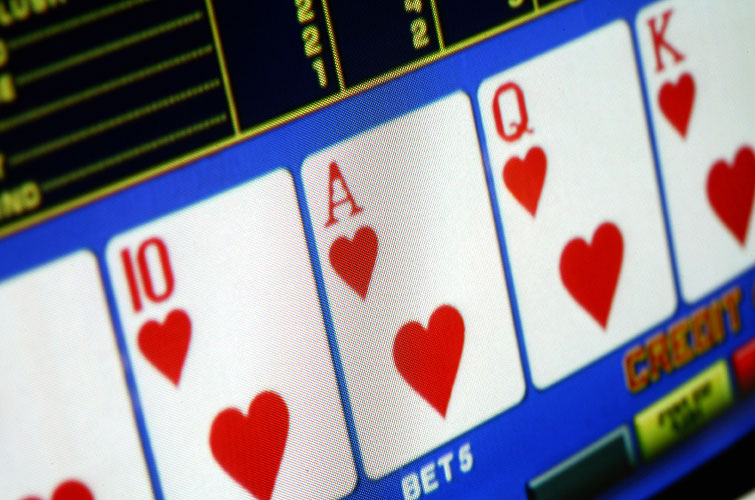 So let’s say you have the following hand:

Your best plays would be:

Those are really your best options at this point. You can look up probabilities online as well.

The best move to make when it comes to your hand would be to naturally keep the 4 to a flush. It pays out the most if you look at the pay table.

The biggest thing that you have to remember is that it is always about getting paid. So even though the three of a kind looks like the best possibility to keep, it’s really not. This is where newbie players can trip themselves up and lose out on a lot of gains.

You can’t expect to master video poker in just one sitting. Maybe that means that you’re going to have to practice a bit more than most, but that’s okay. It’s all about staying in the game, trying things out, throwing out what doesn’t serve you and having a blast all at the same time. Good luck!