Since opening in November 2004, Hollywood Poker has grown to become one of the largest rooms on the Ongame network. Today it is as well known for the huge bonuses that they offer as the seemingly endless list of celebrities who play there. Endorsed by actor James Woods and WPT commentator Vince Patton, Hollywood offers first-class software, usability and traffic volume.

Although the Hollywood Poker software may not have as many special features as other online poker rooms, it still offers players a solid, reliable and satisfying experience. The graphics are clean and sharp and functionality is good. The client is also compatible with the Apple Mac and is generally a very good choice for an entertaining gaming experience. 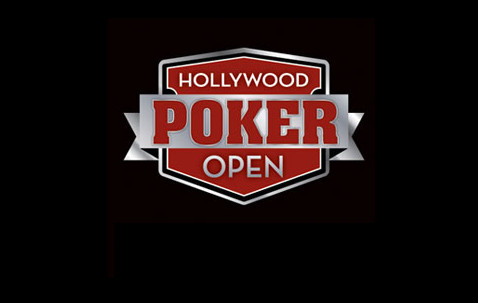 Hollywood Poker offers the largest poker bonus available anywhere online. New players can expect to receive up to $5,000 completely free when they make their first deposit. Should you not want a bonus that big, you’ll also be pleased to hear that Hollywood are also incredibly flexible, offering players seven different deposit bonuses meaning that no matter how strong your game is or how big your bankroll is, you’ll be able to find a bonus that suits your need.

Hollywood Poker offers a wide range of tournaments to all levels of poker players. Although the prize pools may not be as large as some of the more established poker rooms, the weekly 25k and 50k guaranteed tournaments still draw a large number of skilled players.

Hollywood also offers qualifiers to many live poker events such as WSOP, Canadian Poker Night and a large range of celebrity poker events.

With James Wood and Vince van Patten attracting an ever increasing number of Hollywood celebrities, there is never a shortage of people waiting to play at the tables. When you couple that with the fact that Hollywood is the flagship room on the Ongame network, traffic to Hollywood Poker is probably one of the top five in the world. In short, you’re going to be able to find a game to play around the clock. As of the end of 2008, Hollywood Poker was able to boast 45,000 real money tournament players, and with the bonuses as high as they are, that number is surely only going to grow.

Hollywood Poker may only have email support, but it also has an incredibly knowledgeable support team who respond clearly to all questions at all time of the day and night. For those with minor queries there is also an in depth FAQ section of the site which will solve many problems.